We’ve had some stunning events over the years… here are some events from our recent festival. 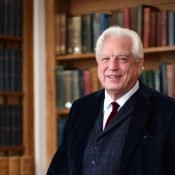 In this fascinating evening, John Simpson will describe some of the difficult and often dangerous situations he has faced as a veteran reporter, as well as some of the more light-hearted and amusing tales from his own travels.

With over 40 years experience in international journalism, John has dodged the bullets in Tiananmen Square, danced on top of the Berlin Wall, and was on hand for the revolutions in Czechoslovakia and Romania. He stood alongside Boris Yeltsin during the KGB coup which brought down the Soviet Union, and was the first Western journalist to penetrate the KGB headquarters in Moscow.

John will be happy to sign copies of his books after the event. 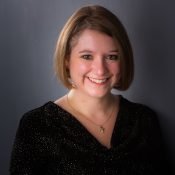 Francesca Massey is the Sub-Organist at Durham Cathedral, accompanying the cathedral choir in services, concerts, tours, broadcasts and recordings, as well as training the choristers and directing the Cathedral’s Consort of Singers.

As a teenager Francesca gained all of the top prizes in the Fellowship of the Royal College of Organists’ diploma. She performs regularly as a recitalist throughout the UK, and has two solo recordings on the Priory Records label. Francesca was educated at Cambridge University and the Royal Northern College of Music. She held Organ Scholarships at St George’s Chapel, Windsor Castle, Gonville and Caius College, Cambridge and Manchester Cathedral, and was Assistant Director of Music at Peterborough Cathedral.

In this concert, she will perform pieces by Pott, JS Bach, Nicolas de Grigny and Maurice Duruflé. 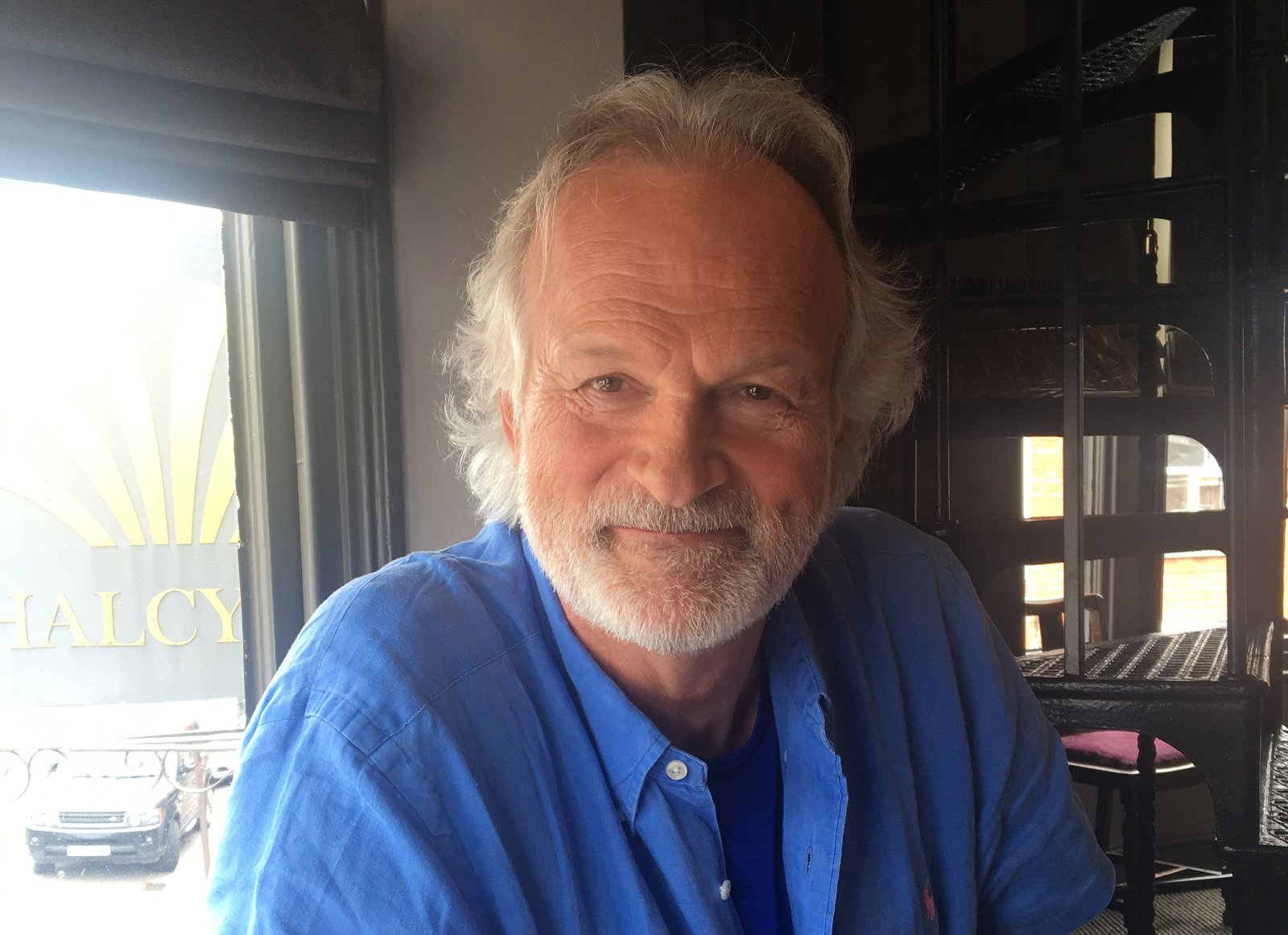 We are delighted to bring Game of Thrones actor and children’s author Clive Mantle to the Festival, where he will be captivating the crowds with readings from his award-winning time-travelling, Himalayan adventure book, The Treasure at the Top of the World. Clive will be talking about his writing and sharing tales and photos of his own exciting travels in Nepal, followed by a Q&A session and book-signing.

Although familiar as an actor to audiences of Holby, Vicar of Dibley and Game of Thrones, Clive Mantle is also now an award-winning children’s author, with his debut novel The Treasure at the Top of the World winning the children’s fiction prize at The People’s Book Awards. Children and adult readers alike have heaped praise on the fast-paced, enthralling adventure story, all eager to see where the next book takes them. The second book in this exhilarating series of Freddie Malone Adventures is due to hit bookshelves in July this year. 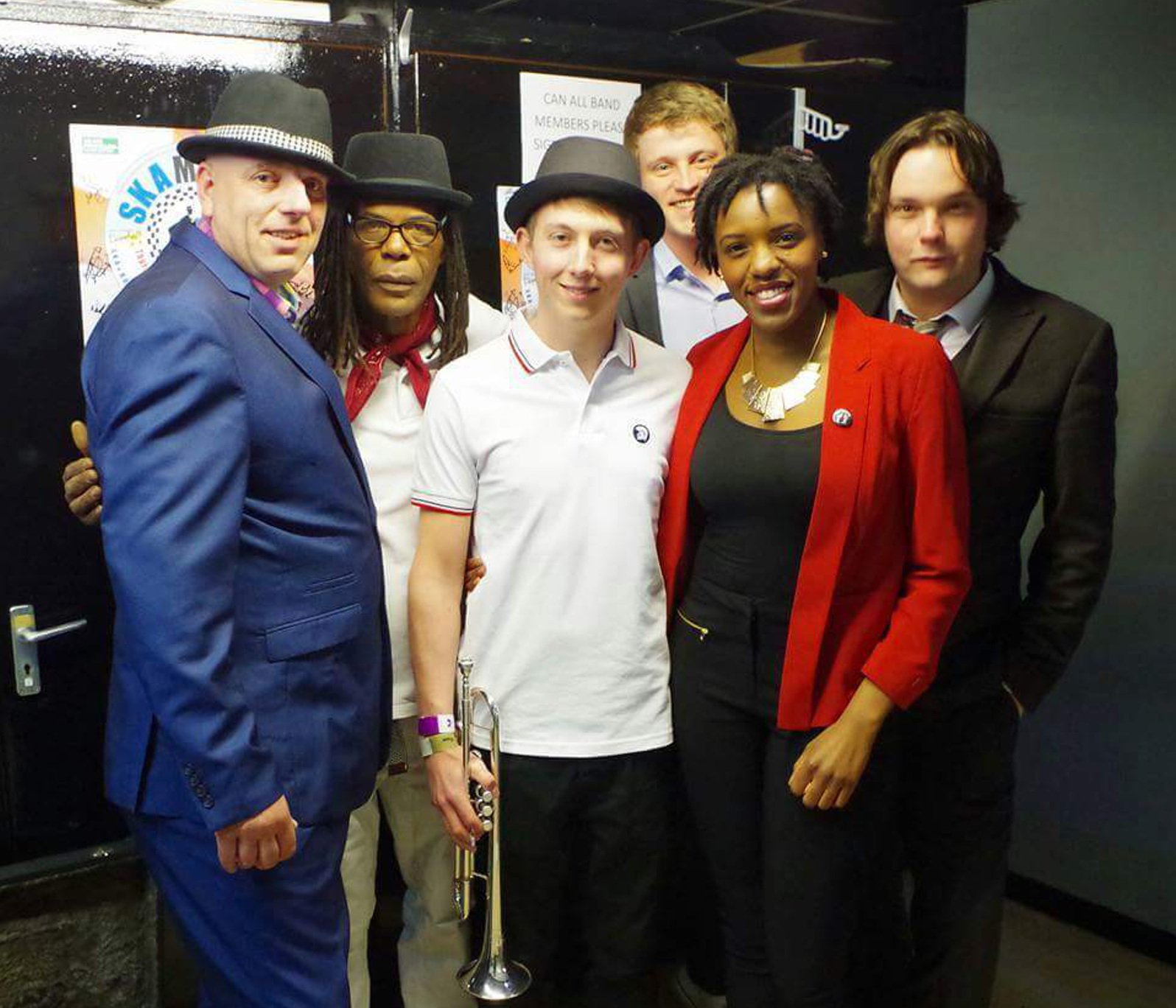 Coventry Reggae and Ska favourites, Barbdwire have an enviable reputation as one of most popular and exciting live bands, known for their driving reggae beat.

That might not be too surprising when you consider their sticks man is the legendary and original rude boy himself Trevor Evans. Combined with local songwriter/singer Lloyd Mcgrath, the band play a unique mix of original and Barbdwire interpretations of classics.

Enjoy the 40th anniversary of the incredible Two-Tone sound with Coventry’s number one dub-reggae band – it doesn’t get much better than this for ska and reggae fans. 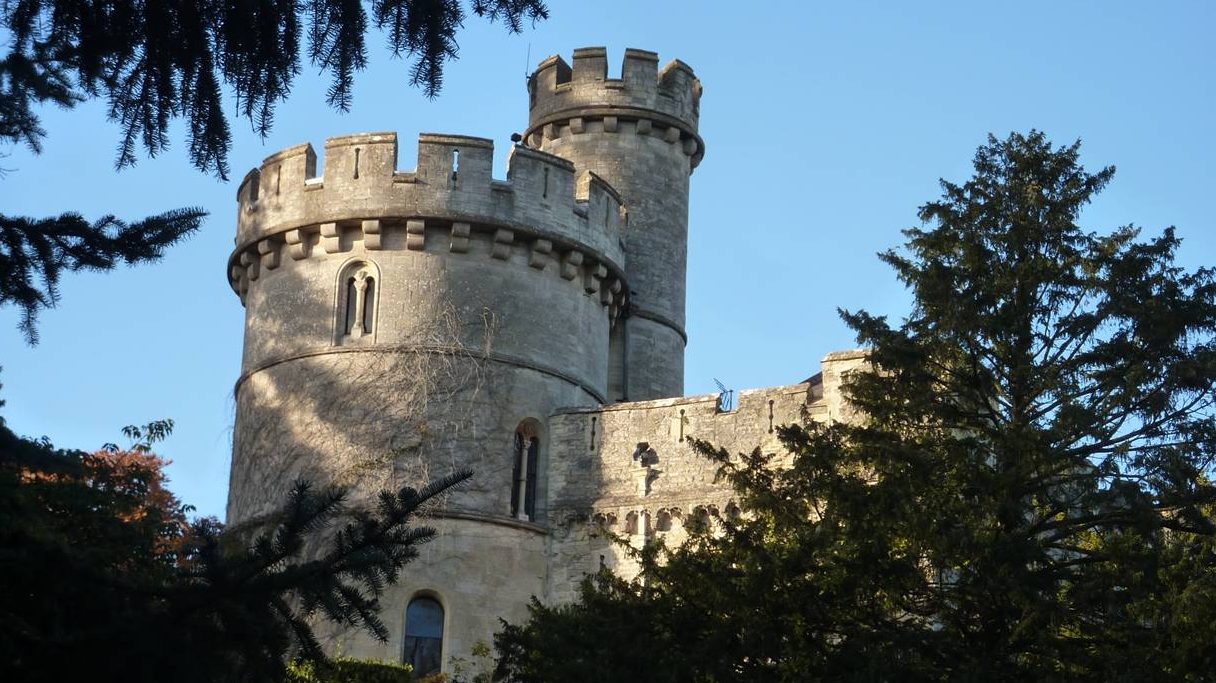 An opportunity to explore the main features of the historic town of Devizes, including exciting new evidence from recent excavations, guided by experts from the Wiltshire County Archaeology team.

In this walk, we will explore the main features of the town of Devizes, discussing its development through time and especially the influential role of the castle where recent excavations have revealed exciting new evidence.

You don’t need to know anything about Nick Drake to warm to this show – a celebration of music, photography, life, coincidences and the legacy of one of the most influential singer song-writers of the last fifty years.

A quirky, funny and poignant award-winning solo show. Television composer (Homes Under The Hammer, Masterchef) Michael Burdett tells extraordinary tales about his journey around the UK photographing strangers listening to a recording that he found in a skip in the late 1970s.

A truly compelling experience that will make you laugh and cry. 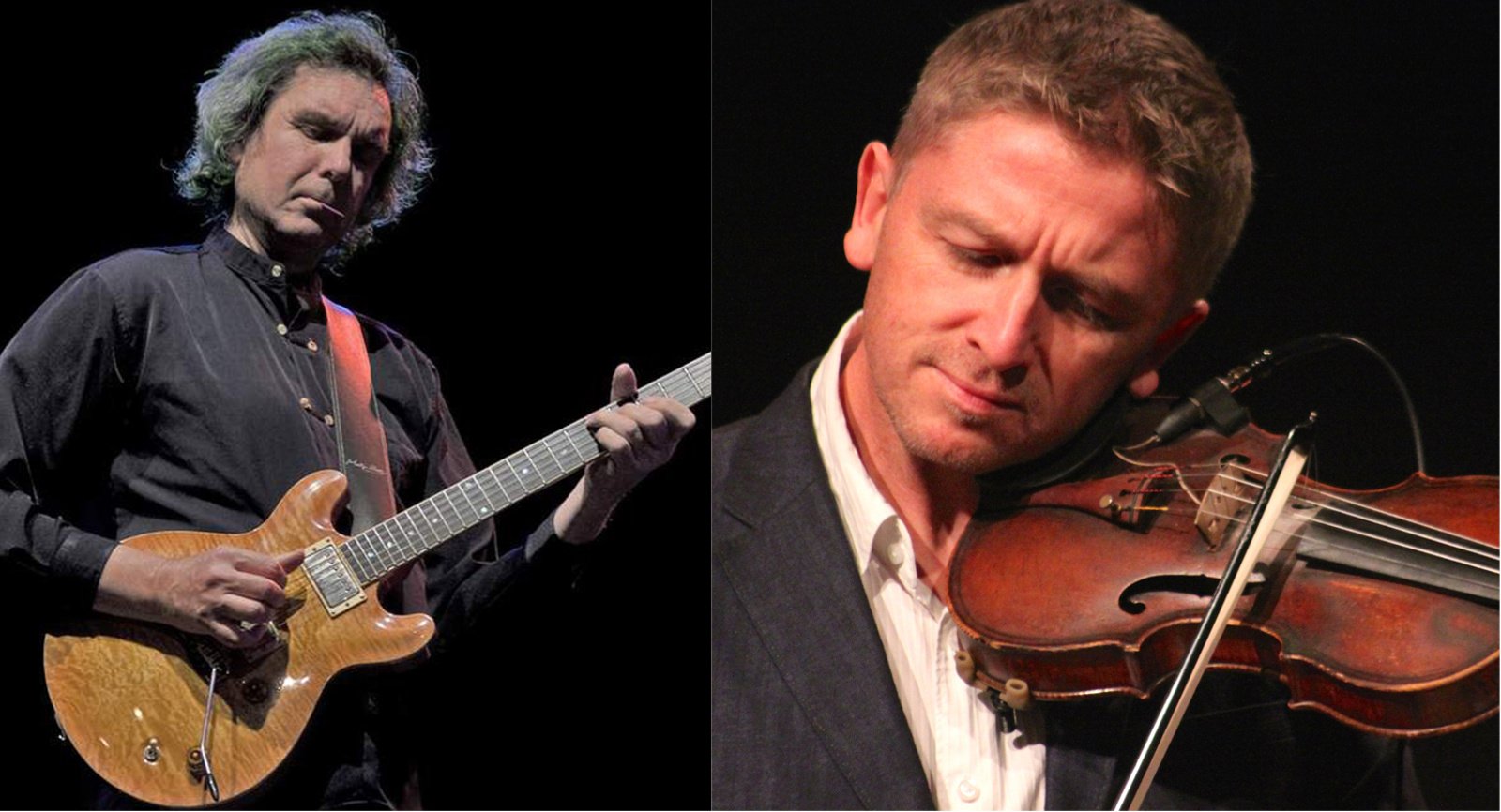 See the best jazz violinist in the country with one of the most stunningly versatile guitarists – sparks will fly and strings will be on fire with sublime music as they touch every genre – gypsy,  jazz, modern, classical, even rock . 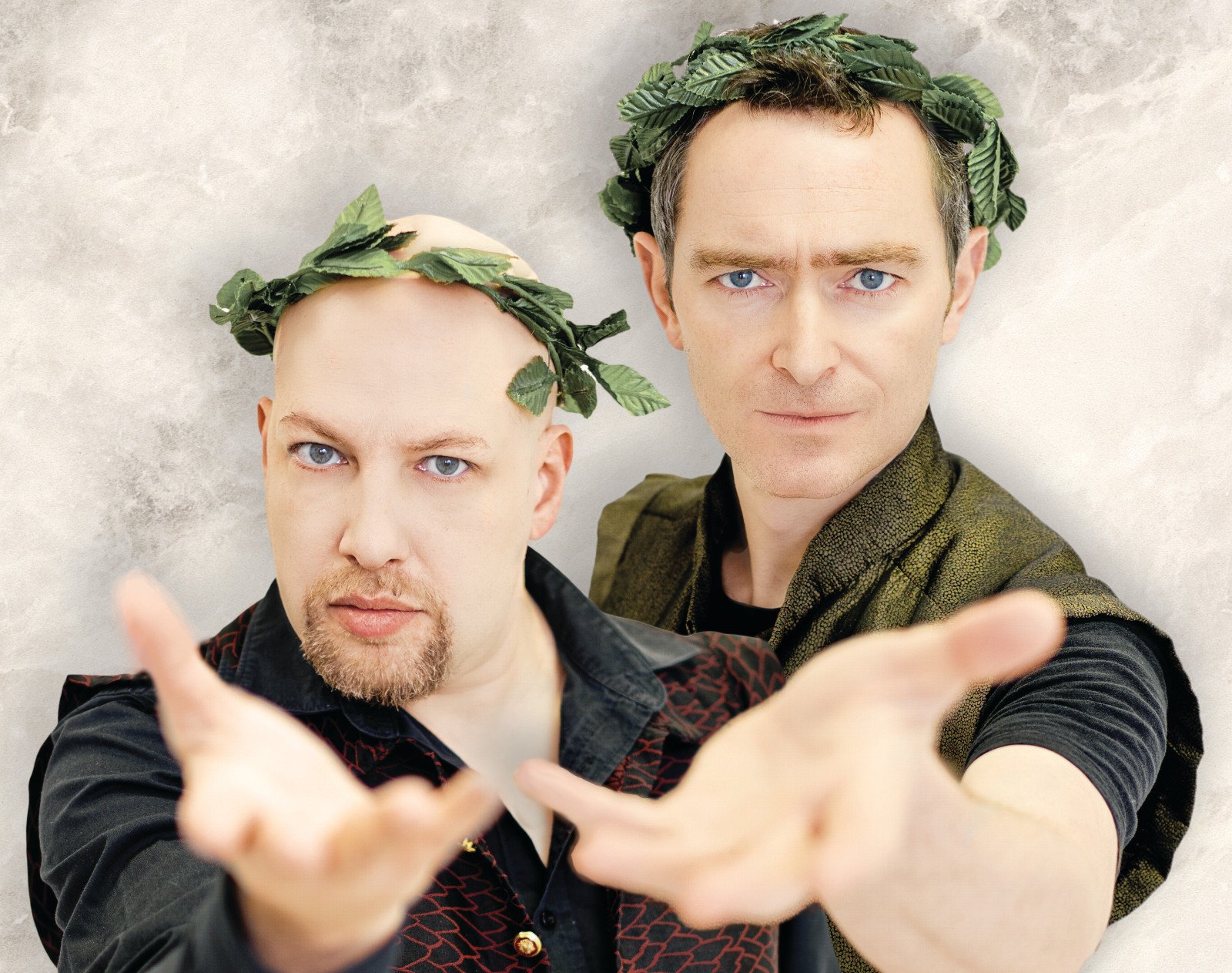 From the creators of Olivier Award winning “Showstopper! The Improvised Musical”, this is competitive improv as you’ve never seen it.

Honouring ancient Athenian traditions, two rhapsodes, Adam Meggido and Sean McCann, compete to improvise a fully authentic Shakespearean masterpiece on the spot. Featuring rap, poetry slams and any writer from the last 3,000 years, from Homer to Pinter, from Poe to Dr Seuss!
A unique celebration of the poetic, the dramatic and the absurdly comic, ‘The Shakespeare Smackdown!’ will change the way you think about improv and – quite possibly – Shakespeare. 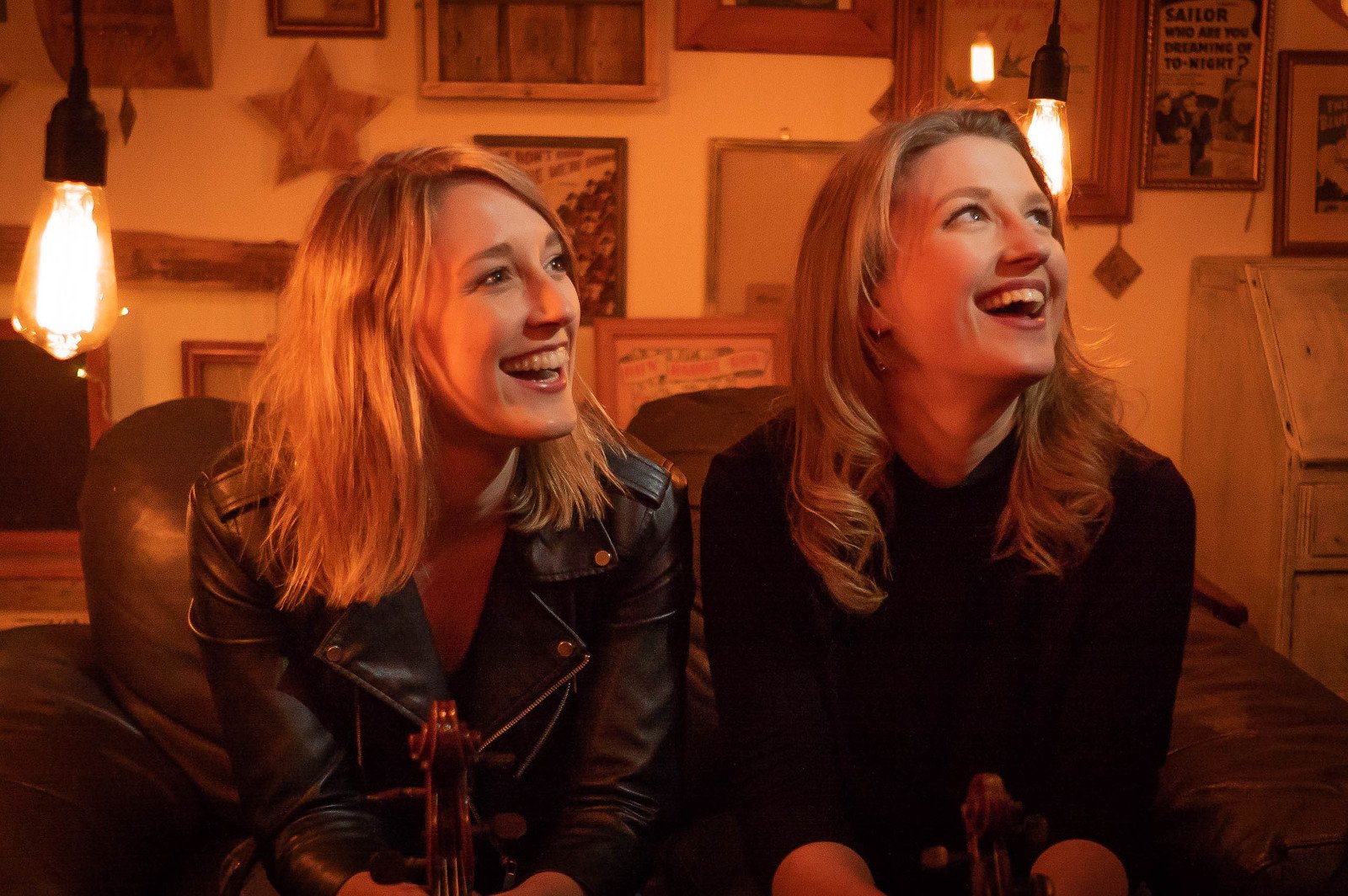 Angharad and Lowri Thomas are two siblings that make up the exceptional violin and viola duo, String Sisters. Their aim is to bring top quality chamber music to areas where it is not readily accessible in order to break down the boundaries of classical music.

Both sisters are multiple award-winning musicians, and together they have played with soloists including Alfie Boe, Michael Ball, Paloma Faith, Marc Almond, Boy George and Robbie Williams and have performed in TV shows including X Factor, Britain’s Got Talent, The Voice and Ant and Dec’s Saturday Night Takeaway.

This performance is co-presented with the music charity, Live Music Now, and during their visit to Devizes, the String Sisters will also perform in a local care home and school. 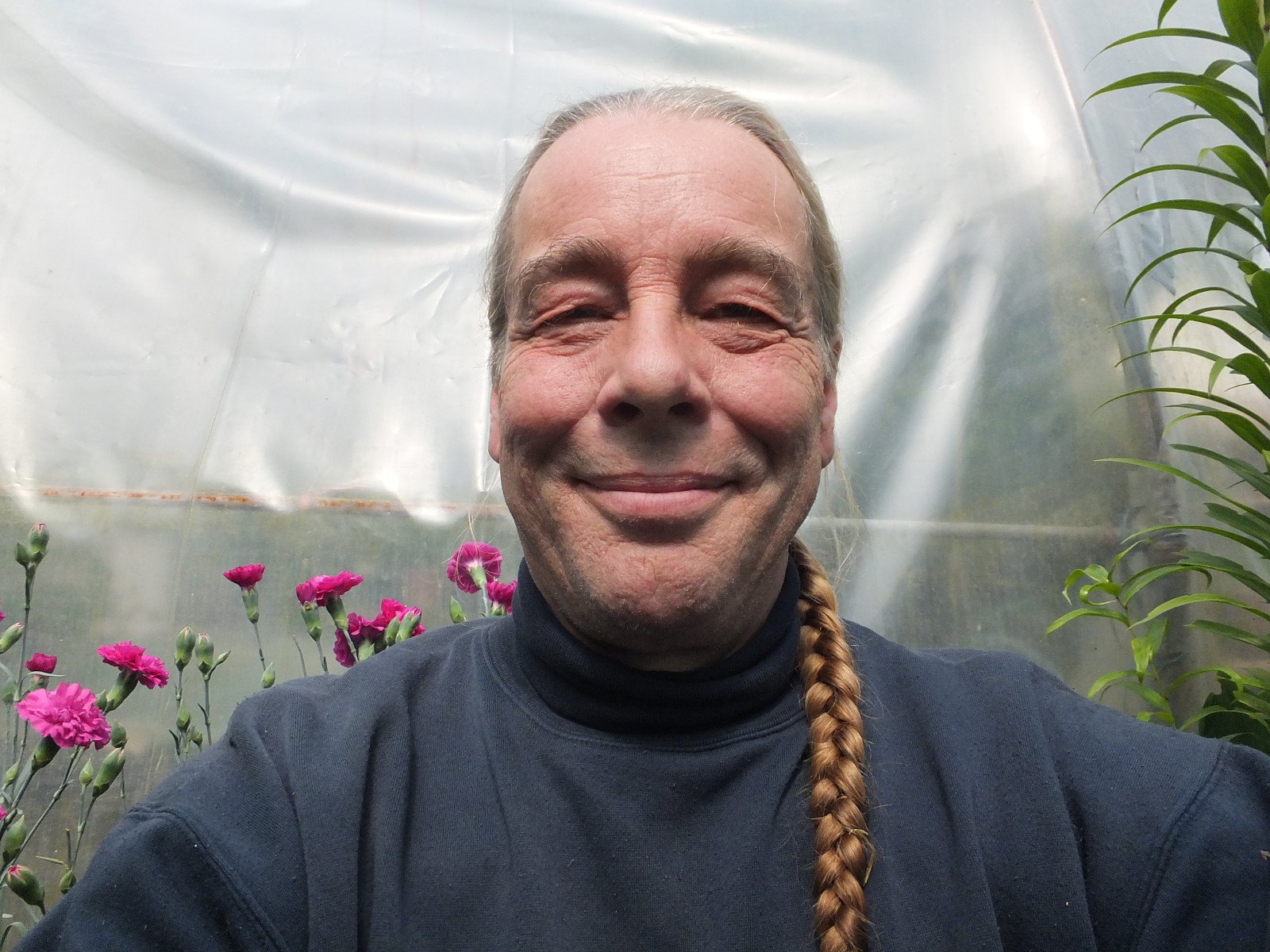 An audience with Bob, in two parts, featuring 45 minutes of horticultural humour, slander and anecdote, a vitriolic diatribe pouring scorn on the heads of garden designers and celebrity experts, followed by ‘another question please’ where horticultural and or all the world’s problems are solved while Bob’s Idiosyncratic Iconoclastic and Irreverent view of the world is volubly expressed in ribald verse and possibly song. 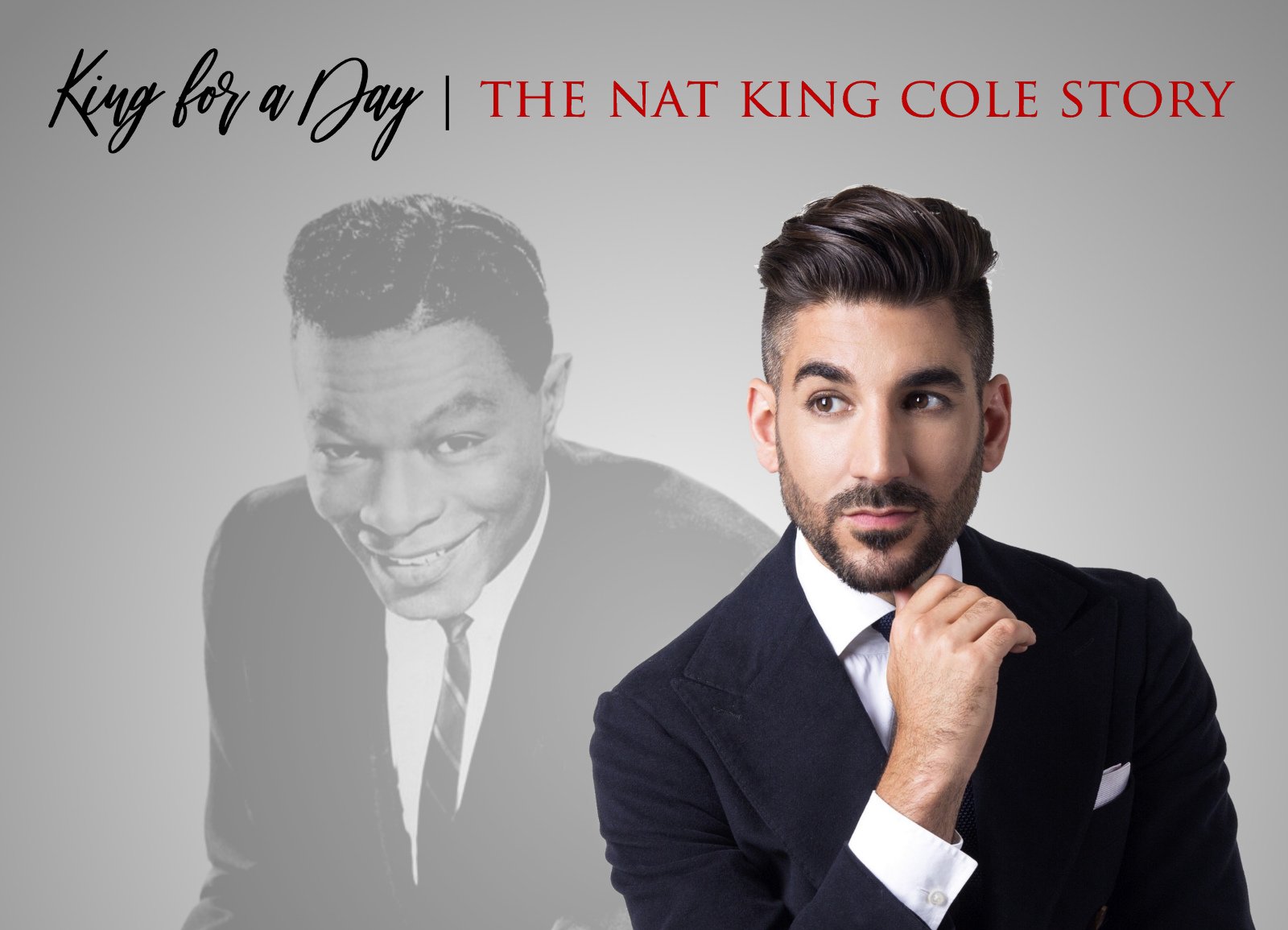 Following sell-out shows at London’s Hippodrome and Ronnie Scott’s, and featuring many of Nat King Cole’s most popular songs, this is a unique evening of music celebrating one of music’s all-time greats!

A unique concert celebrating the centenary of the birth of one the greatest singers of the Twentieth Century – Nat King Cole.

Featuring acclaimed vocalist, Atila, alongside world-class musicians, this thoughtful and entertaining new show takes a fresh look at the life and work of the timeless Nat King Cole, whose vocal styling in songs such as Nature Boy, Unforgettable and When I Fall in Love defined a golden era of music and earned him a place in the history of American music as one of the most iconic vocalists of all time. 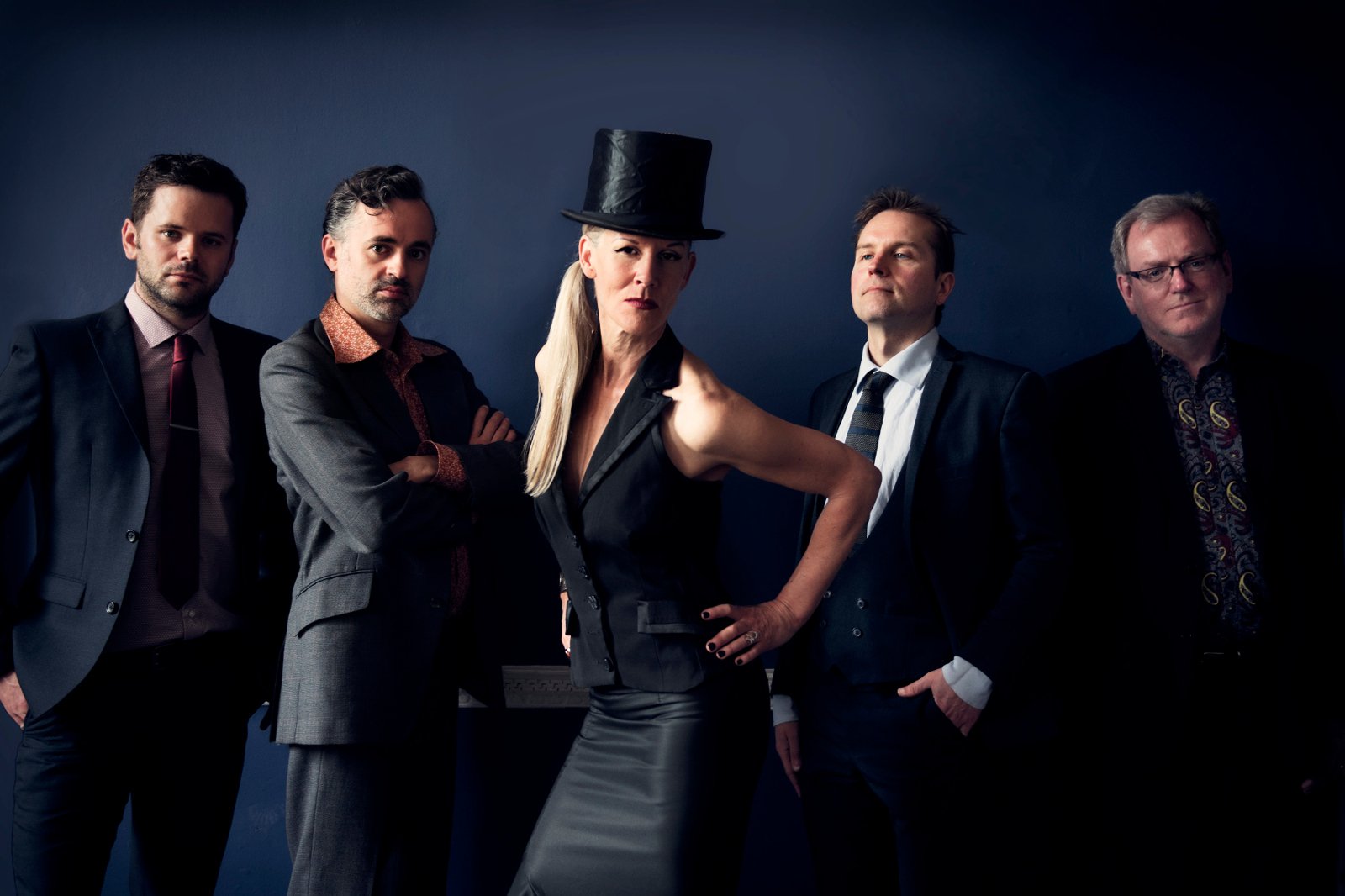 You are cordially invited to share a wry smile with us as you enter the darkly comic and eclectic music world of Moscow Drug Club. This way please and mind the stairs!

MOSCOW DRUG CLUB is a curious musical place where certain elements of 1930’s Berlin Cabaret, Hot Club de France, Nuevo Tango and Gypsy Campfire meet, have a few to drink and stagger arm in arm into the darkness of some eastern European cobbled street on a mission to find the bar where Django Reinhardt and Tom Waits are having an after-hours jam with the local Tziganes. 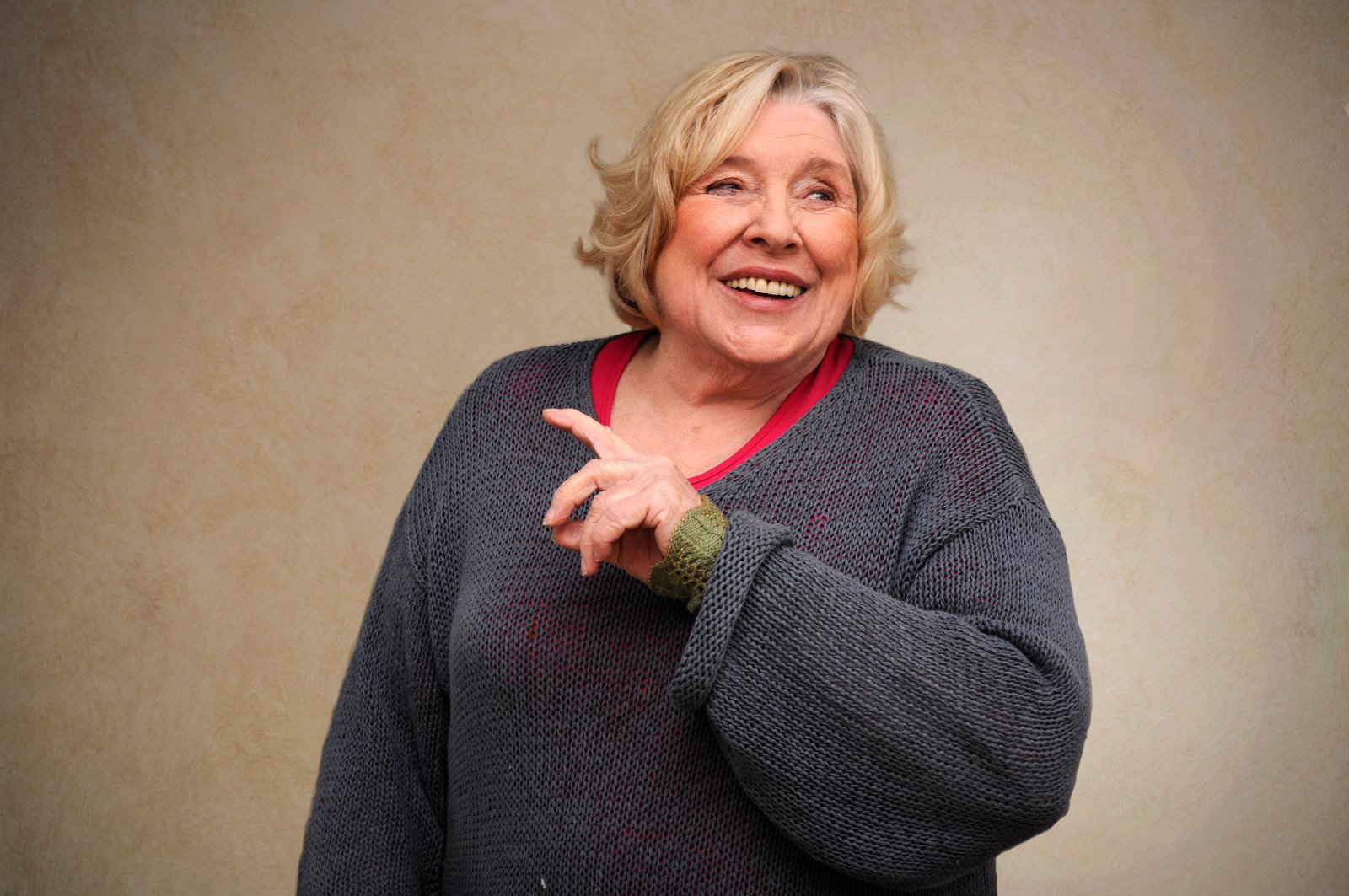 We are so excited to welcome one of the Grand Dames of English literature to Devizes. Fay will be in conversation with Ros Ambler about her terrific career.

Fay is now in her 9th decade and still works as a Professor teaching creative writing at Bath Spa University.
In her own words – “She turns up on TV and radio quite a lot, even at her advanced age, presenting herself as a pleasant, practical, well informed person‚ not the delinquent she once was!”
As well as exploring her expansive and terrific career – 34 novels, numerous TV dramas, several radio plays, 5 full length stage plays, quite a few short ones, five collections of short stories and still going strong –  Fay will be talking about two of her books in particular: After the Peace and Why Will No-one Publish My Novel? 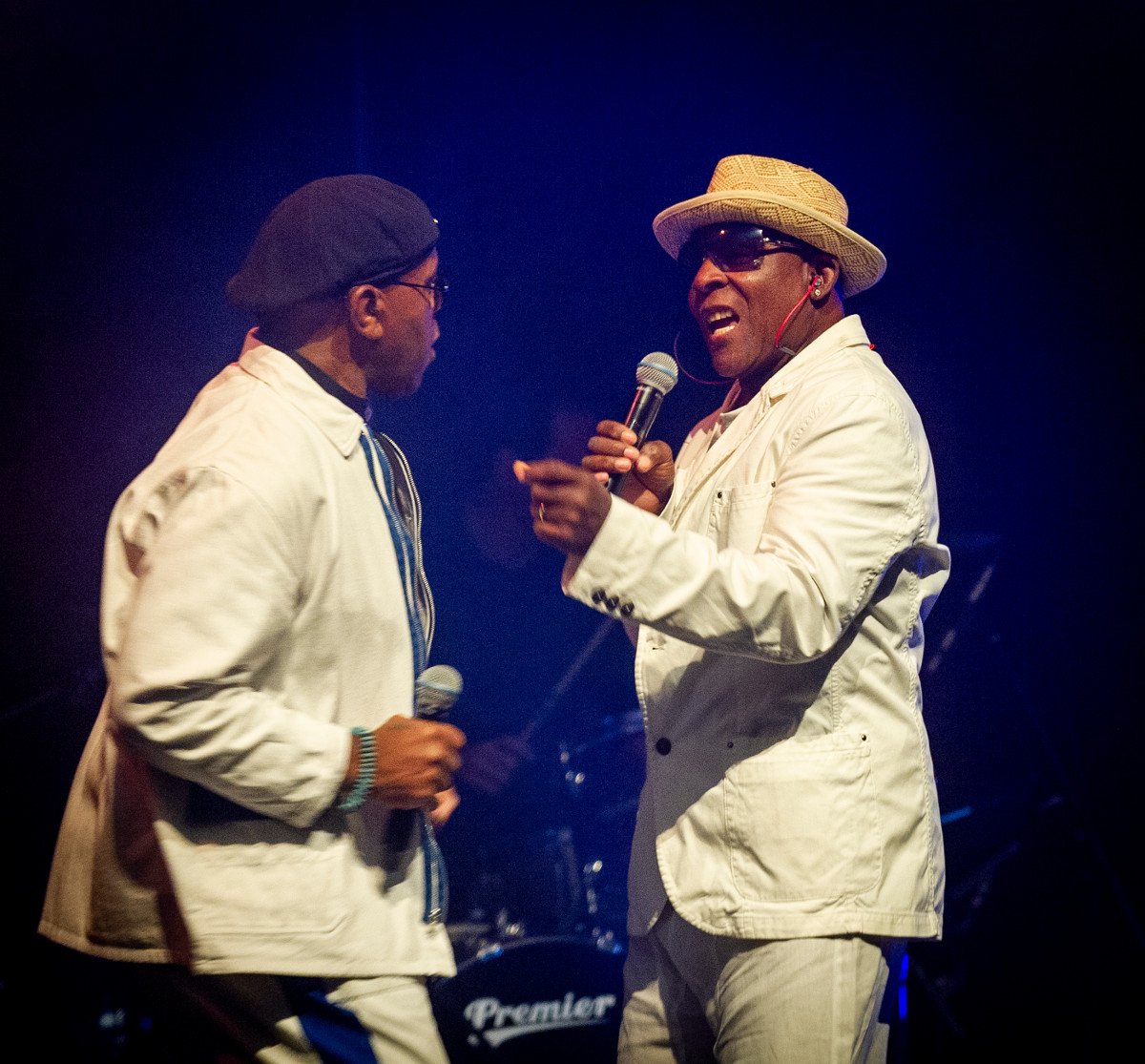 We are thrilled to bring this fabulous act to the town – be prepared to get up and dance to their great sounds! Formed in 1972, The Real Thing are quite simply, the longest-established – and best-loved – black group in UK entertainment history.

The band had three million selling hit singles in the Seventies and in the Eighties they were all remixed and became huge hits again, thanks to the band’s massive following.

Universally known for legendary hits including “You To Me Are Everything”, “Can’t Get By Without You” and “Can You Feel the Force”, as well as their ground-breaking 1977 song, “Children of the Ghetto”, The Real Thing remain pioneers in soul, funk and dance music – still in enormous demand; their touring shows still entertain audiences almost every week of the year. 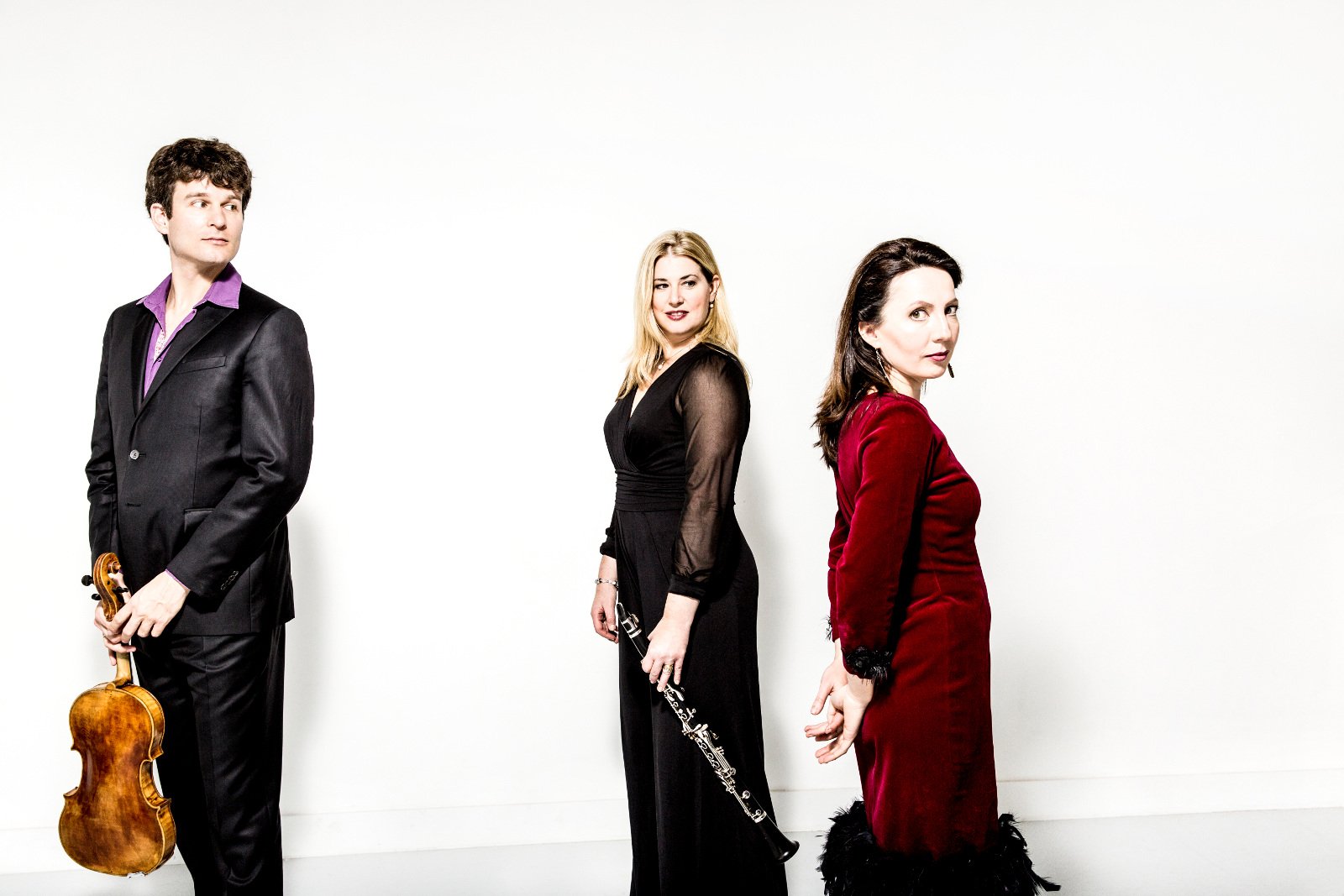 The international trio Metamorphoses will present a programme of tuneful melodies, virtuosity, and musical wit spanning the Viennese school of late 18th century through to the world of impressionism and cinematic imagery of the French school of the 20th century. 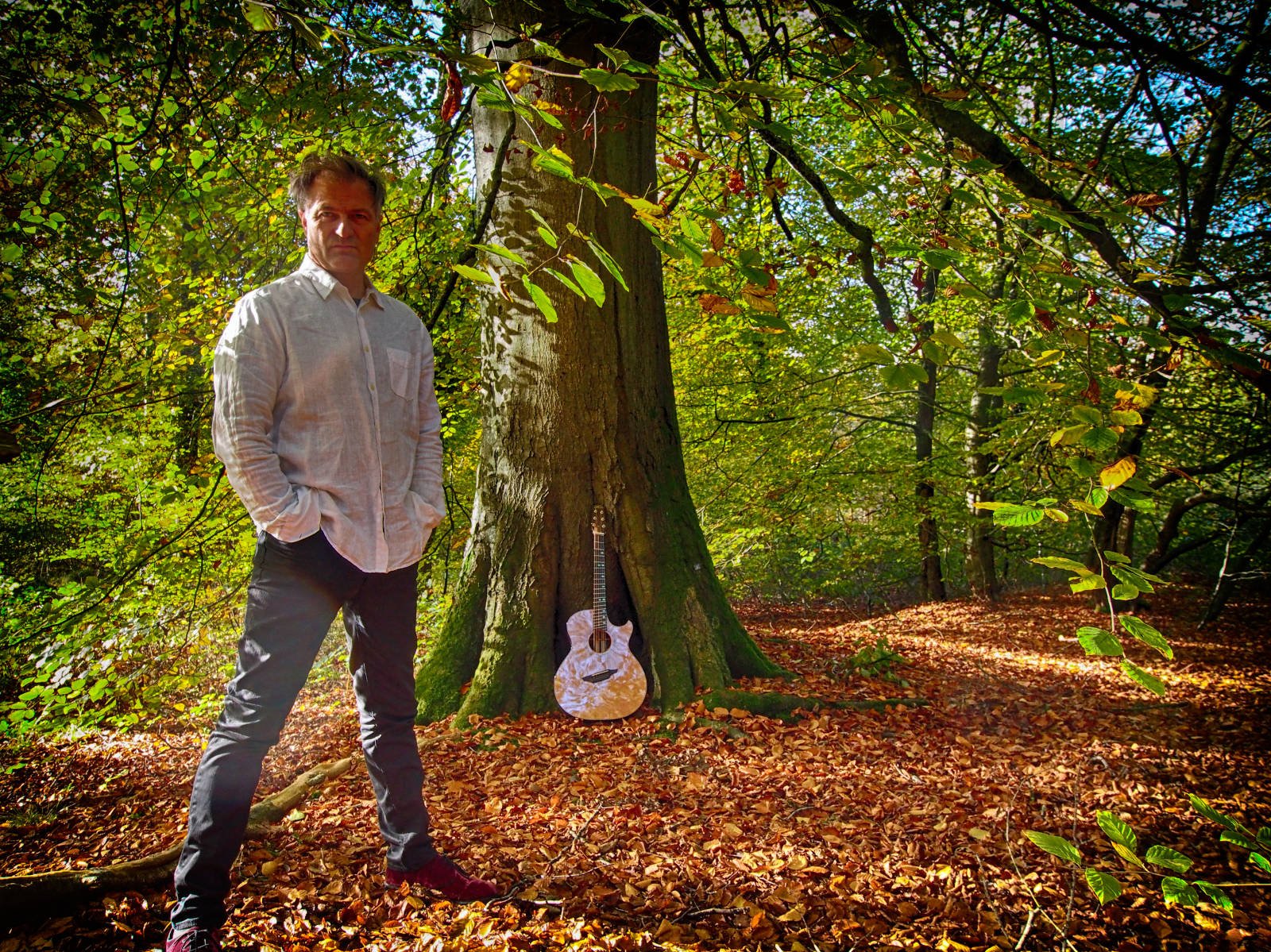 A Wiltshire Tale (There is Magic in this World) is a journey through Wiltshire’s history, landscape, wildlife and old dialect.

Depicted through the voices of three immortal characters, in this one man show, we bear witness to the enduring spell of this most magical of counties in spoken word, poetry and live music.

The original poem is the work of renowned Wiltshire-based singer-songwriter Nick Harper. Nick has lived in Wiltshire for most of his life having moved from London at a young age. He has produced more than ten albums as well as touring and recording with the likes of Lana del Rey, Newton Faulkner and The Levellers. 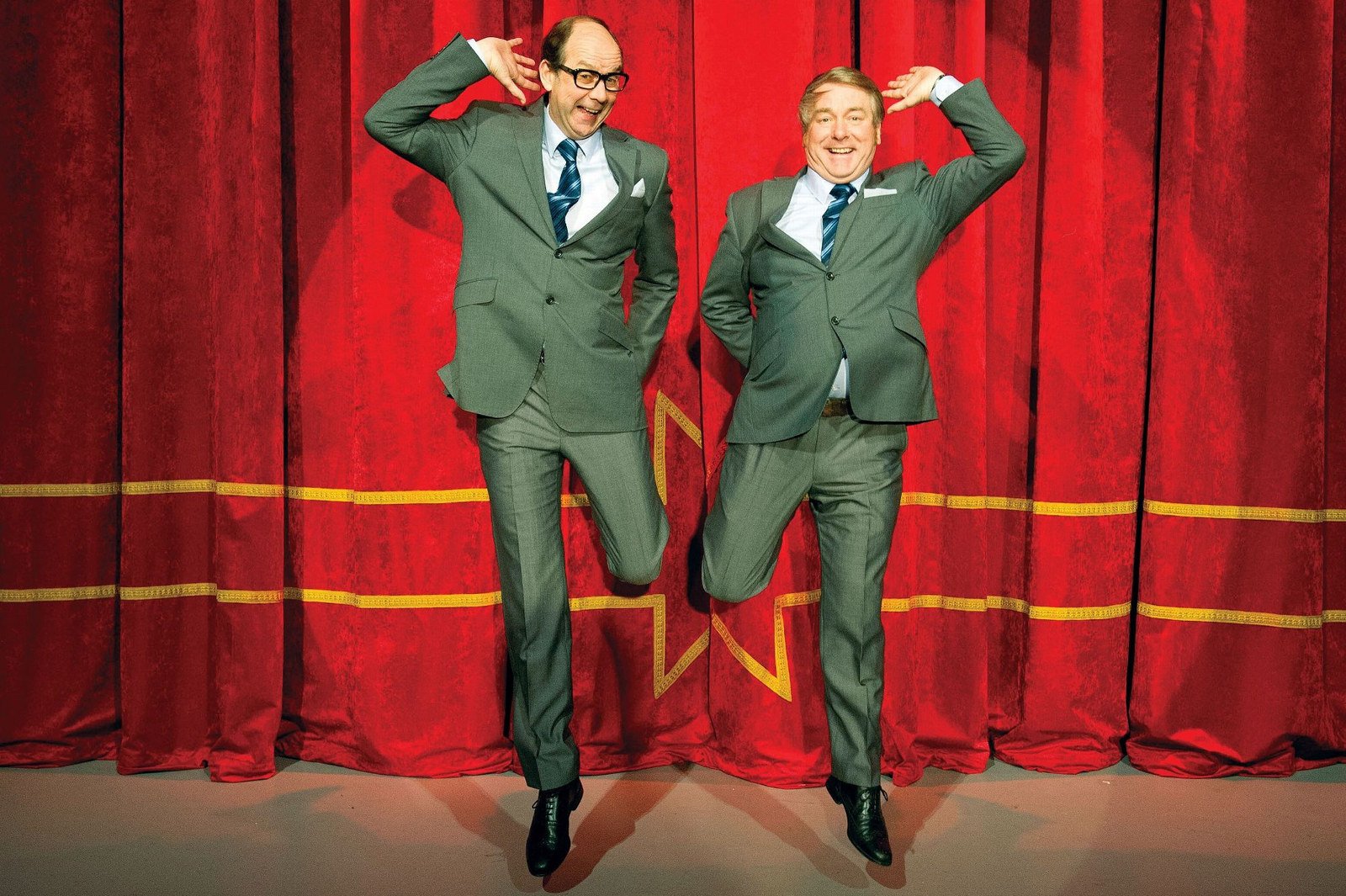 From the Olivier-nominated duo behind the hugely celebrated and critically acclaimed West-End hit , Eric and Little Ern!

A brilliant homage crammed full of renditions of those famous comedy sketches, that hits all the right notes, but not necessarily in the right order!

From Greig’s piano concerto to Mr Memory (“Arsenal!”) it’s a show full of Morecambe and Wise’s most loved routines, songs and sketches and of course a musical guest. This wonderful show evokes memories of times when whole families would huddle around the telly on Sunday evenings.

“I never thought I’d see Morecambe and Wise live – I think I just have!” – Ben Elton