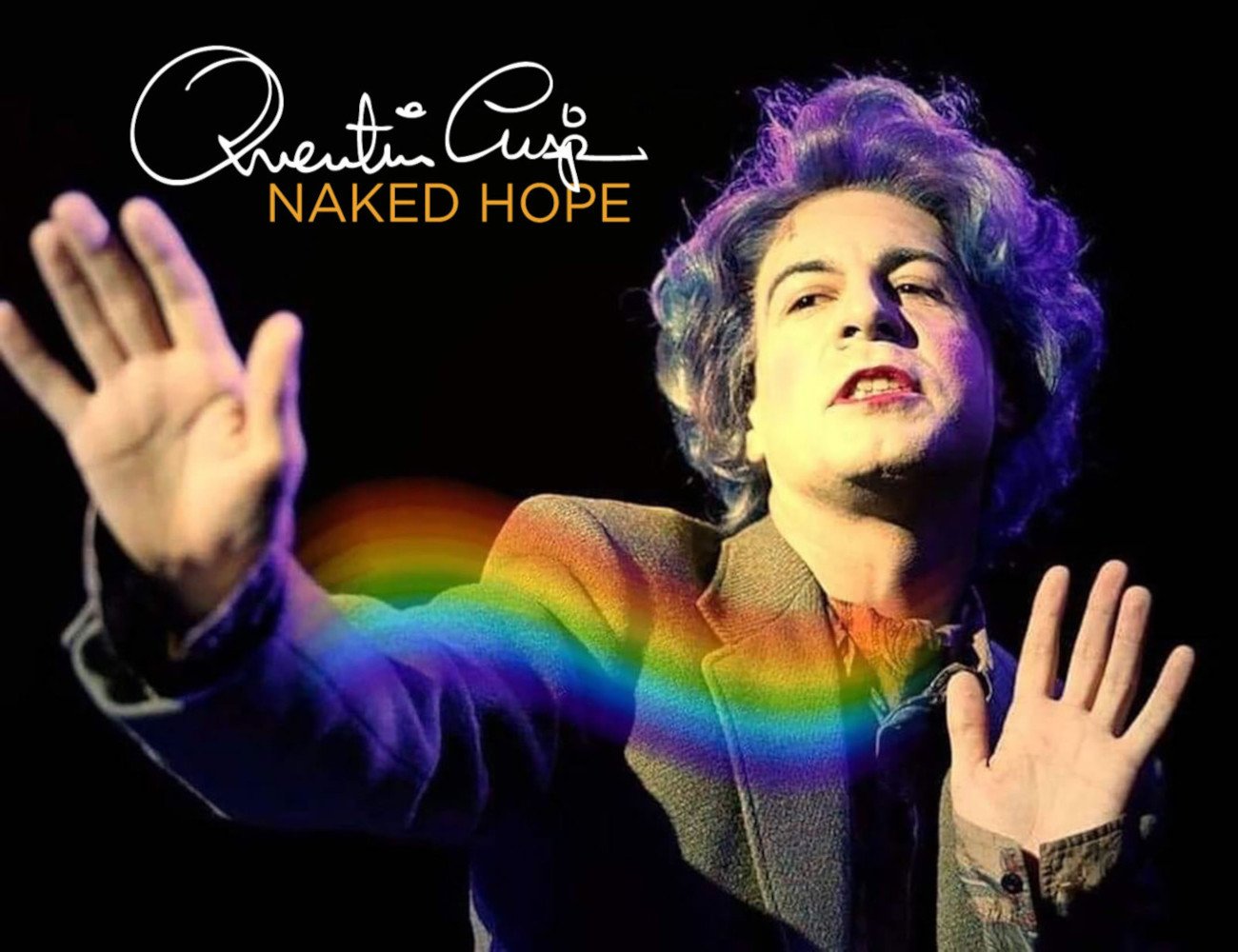 Quentin Crisp: Naked Hope is a solo show which has toured the UK ever since it was first previewed in Edinburgh in 2014. Starting in the late 1960s Quentin surveys a lifetime of degradation and rejection in his filthy Chelsea flat. Repeatedly beaten for being flamboyantly gay as early as the 1930s, but also ostracised for daring to live life on his own terms.

We then transition the audience to New York in the 1990s. Here a much older Quentin, finally embraced by society, regales the audience with his hard-earned philosophy on how to have a lifestyle. Naked Hope is a glorious, truthful and uplifting celebration of a genuinely unique human being, and of the urgent necessity to be yourself.