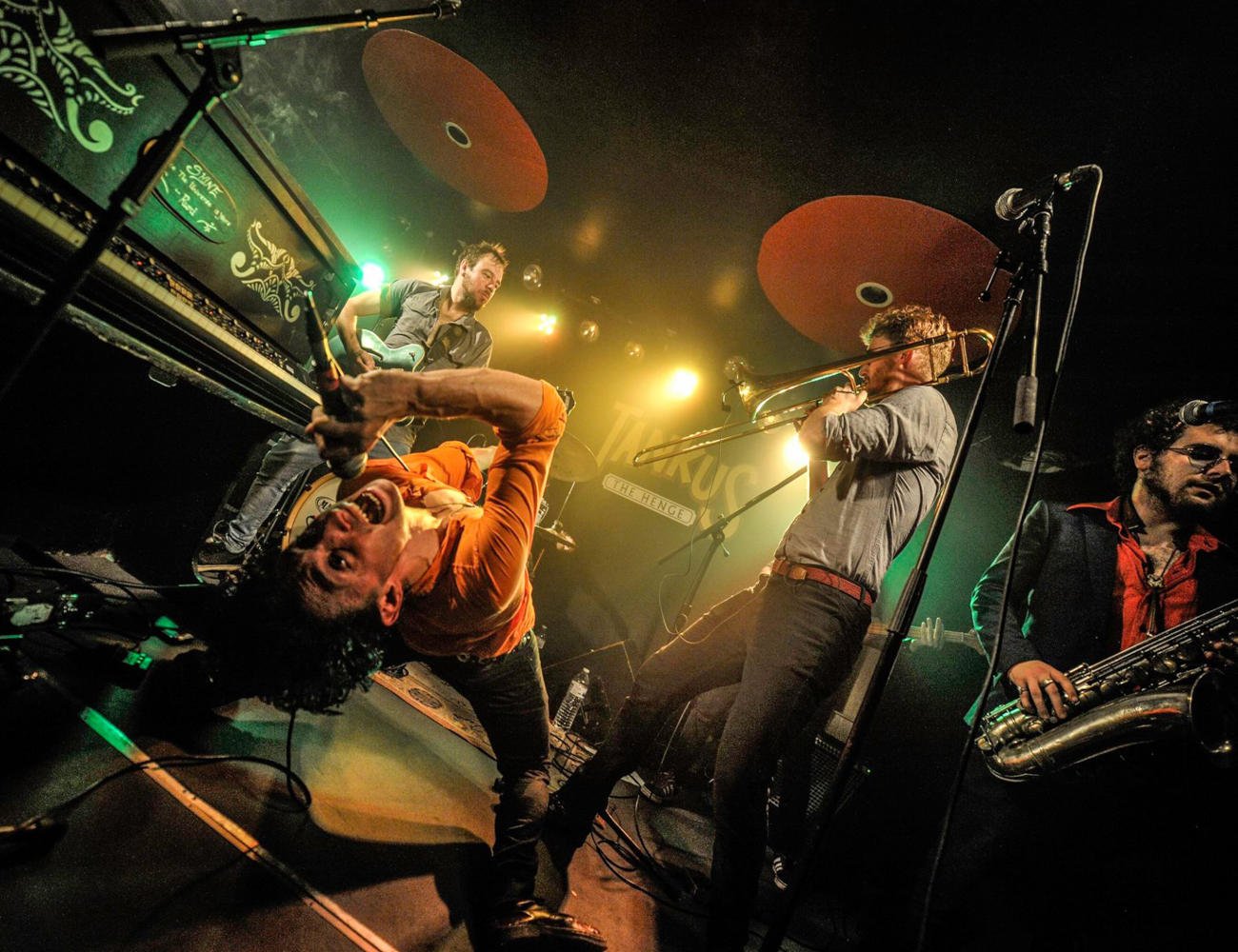 Their funk-fuelled repertoire is wildly eclectic, ranging from New Orleans inspired swing to heavy rock riffs, and since their beginnings in the ratty alleyways of London’s Soho, the band has evolved into a wild groove machine.

Musically inspired by bands from the British invasion of the 60s and artists such as Tom Waits, Blur, Randy Newman and Queens Of The Stone Age, Tankus the Henge defy categorisation. Their hair-raising show, like no other, has to be seen and heard to be believed. Like a psychedelic, rock n roll octopus – only with four more legs.

Having played over 1000 shows all over the world the Tankus the Henge live experience is something to behold. Combining wild showmanship and musical dexterity their sound incorporates rock, funk, blues, ska, roots and gypsy rhythms and their songs tell stories of wonder and woe.

The world of Tankus the Henge is uplifting and wild, dark and heartfelt. A 6 piece powerhouse of a band drawing visual and musical influences from old time Fairgrounds to modern day Circus; The Beatles to Tom Waits and Gogol Bordello to Radiohead, they embody a look and a sound that lies somewhere between their South East London home and the carnival town of New Orleans.

“..I love that. It reminds me of a mixture of early Kinks, Squeeze and a bit of Blur mashed in. His voice is his own, …so great. I love it.” Dave Davies – The Kinks